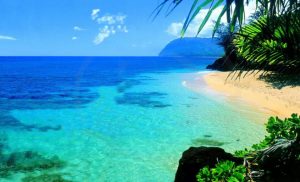 Hawaiian strains of kava are gaining the reputation of being one of the richest available, with twice and sometimes triple the amount of kavalactones compared to many of the varieties found elsewhere in the world. There are several theories as to this phenomenon, but none have as yet been proven.

The homeland of kava kava is widely thought to be Vanuatu or another nearby South Pacific island; some researchers have even put forth Papua New Guinea as kava’s original home. In any case, when ancient Polynesians migrated to the Hawaiian archipelago, they brought their favorite plants with them in their canoes. One theory is that when the Polynesians first brought their kava kava cultivars to the islands as their canoe plants, they chose the best of the best.

The isolated nature of Hawaii has possibly enabled it to maintain the kava kava in its original form. Theoretically, it never underwent the mutations that created new strains or chemotypes of kava kava, sometimes with a smaller content of kavalactones. Perhaps Hawaiian kava mutated into its own unique, kavalactone-rich strain. We will never know, as the variety found in Hawaii is not found anywhere else in the world.

Hawaiian kava goes by several names in its native land, including ava, sakau, and of course ‘awa root. The kava root is central to Hawaiian culture and religious practice: the brew has traditionally been consumed at royal coronations, naming ceremonies for infants, and by priests as part of divination rituals. Kava is traditionally served to welcome visitors to a community and also as an offering to Hawaiian deities.